King Lear Shakespeare homepage | King Lear | Entire play ACT I SCENE I. King Lear's palace. Enter KENT, GLOUCESTER, and EDMUND KENT I thought the king had more affected the Duke of Albany than Cornwall. GLOUCESTER It did always seem so to us: but now, in the division of the kingdom, it appears not which of the dukes he values most; for equalities are so weighed, that curiosity in neither can make choice of either's moiety. KENT Is not this your son, my lord? GLOUCESTER His breeding, sir, hath been at my charge: I have so often blushed to acknowledge him, that now I am brazed to it. KENT I cannot conceive you. GLOUCESTER Sir, this young fellow's mother could: whereupon she grew round-wombed, and had, indeed, sir, a son for her cradle ere she had a husband for her bed. Do you smell a fault? KENT I cannot wish the fault undone, the issue of it being so proper. GLOUCESTER But I have, sir, a son by order of law, some year elder than this, who yet is no dearer in my account: though this knave came something saucily into the world before he was sent for, yet was his mother fair; there was good sport at his making, and the whoreson must be acknowledged. Do you know this noble gentleman, Edmund? EDMUND No, my lord. GLOUCESTER My lord of Kent: remember him hereafter as my honourable friend. EDMUND My services to your lordship. KENT I must love you, and sue to know you better. EDMUND Sir, I shall study deserving. GLOUCESTER He hath been out nine years, and away he shall again. The king is coming. Sennet. Enter KING LEAR, CORNWALL, ALBANY, GONERIL, REGAN, CORDELIA, and Attendants KING LEAR Attend the lords of France and Burgundy, Gloucester. GLOUCESTER I shall, my liege. Exeunt GLOUCESTER and EDMUND KING LEAR Meantime we shall express our darker purpose. Give me the map there. Know that we have divided In three our kingdom: and 'tis our fast intent To shake all cares and business from our age; Conferring them on younger strengths, while we Unburthen'd craw 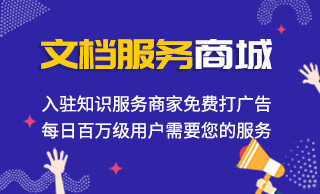