Types of Conjunction  ?Additive type The additive is a kind of conjunctive relation which is closer to coordination. Additive words are such as and, also, nor, or else, moreover, in addition, besides, by the way, that is, likewise, similarly, conversely, thus, for instance. e.g. My client says he does not know his witness. Further, he denies ever having seen her. e.g. Perhaps she missed her train. Or else she’s changed her mind and isn’t coming. Types of Conjunction  ?Adversative type The basic meaning of the adversative relation is ‘contrary to expectation’. Adversative words are such as yet, but, however, despite this, on the other hand, in fact, instead, either way, anyhow, nevertheless, rather etc. e.g. All the figures were correct; they’d been checked. Yet the total came out wrong. e.g. We maybe back tonight; I’m not sure. Either way, just make yourself at home. Types of Conjunction  ?Causal type Causal relation involves primarily reason, result and purpose relations between the sentences. Causal words are such as so, thus, hence, therefore, arising out of this, in that case, otherwise, because, as a result (of this), on this basis, accordingly. e.g. You are not leaving, are you? Because I’ve got something to say to you. e.g. I was not informed. Otherwise I should have taken some action. Types of Conjunction  ?Temporal type The relation between two successive sentences. Conjunctions of this type are such as then, next, afterward, previously, finally, at last, meanwhile, next day, first, from now on, to sum up, in short, henceforward, hitherto, up to now, this time etc. e.g. The weather cleared just as the party approached the summit. Until then they had been nothing of the panaroma around them. e.g. At last, he finished the rehersal for his role. CONJUNCTIONS  Coordinating conjunctions connect words, phrases, or clauses of equal grammatical rank. For, and, nor, but, or, yet, so e.g. I used phonics in learning to read, and so did you. e.g. T 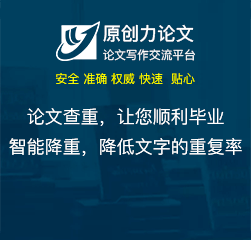